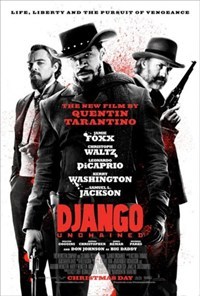 1. Having worked as a freelancer for a number of my career years, often are the times I found myself at loose ends of a weekday afternoon, and one of my favourite things to do in said instance was to take myself off to an afternoon matinee.  There is nothing like having the cinema almost to yourself, and just immersing yourself in popcorn and good pop culture.

2. One of my favourite London places is the Prince Charles Cinema, just off Leicester Square, a second run film house that offers a place to catch up on titles once they'd finish the regular cinema rounds, at a bargain price - which is great because being a freelancer who's free on a weekday afternoon usually equals a lack of funds at that particular point in time.

So imagine my excitment when having scanned all the various cinema listing in Kelowna and noting a dearth of matinee performances, I finally found my way through to the Landmark 'Encore' Cinema in West Kelowna. This five screen theatre offers a second chance to see films that have left the bigger cinemas, at the knock down price of $4, with a selection of afternoon matinees available at $3. You can also take advantage of  Toonie Thursdays, with all admissions $2 - bargain!

Giant popcorn and Diet Coke in hand, my husband and I settled down to spend the afternoon with Quentin Taratino's 'Django' - well worth the treck over to the Westside. If you haven't already seen it, I won't be giving anything away by telling you the scene with the 'white hood debate' amongst the Ku Klux Klan is possibly one of the funniest things I have seen in yonks. I laughed til I cryed.

Check out the schedule at http://www.landmarkcinemas.com/west-kelowna. 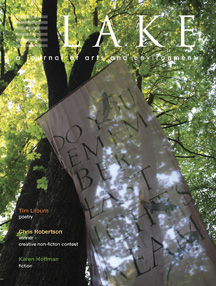 Considering that my last literary posting ('B is for Book Launch') focused mainly on talent from , , it seems only fair to give equal time to UBCO (, Okanagan), who also have an active creative writing department.  Luckily an oppportunity presented itself to do this very thing last Friday night, with a poetry reading put on by the University in conjunction with its launch of the latest, eighth, and sadly final issue of their creative writing publication ''.


Reading at this well attended event at the Rotary Centre for the Arts (held in the ultra-cool 'Alterantor Gallery) was award winning poet Tim Linburn, whose work has been described thusly by Sonnet L'Abbe for The Globe and Mail: 'Lilburn's erudition continues to astonish. At the microlevel, his turns of phrase can be breathtaking'.

The reading previewed Linburn's latest book, 'Assiniboia', which is described by publishers McLelland & Stewart as 'a richly textured imagining of a Western Canada that could have been. Theatrical, operatic... Tim Lilburn's eighth collection gives us a new land peopled by figures from the visionary governments of Louis Riel and from the western mysticism, as well as land forms with the power of speech, all acting together as a kind of ghostly army bent on overturning more than a century of colonial practice'. Linburn read selections for the book and also one of his two poems appearing in 8.

This multi-media evening also included static presentations by second year UBCO creative writing students of final work from 'The Plant Intelligence Project' which, according to UBCO's website, has students 'blending plant metaphors with plant science to discover their emerging literary voice'. My personal favourite was a series of Haiku's written about specific plants and then written out and photographed against a natural setting - clever, interesting and thoughtful work.

As for 's swansong publication, it is a real shame that the Okanagan is losing this creative showcase.  'Sadly, we just couldn't get sustainable funding,' explains co-editor Nancy Holmes.  However, the team will continue to work through the Lake Publishing Society, and are looking to publish some limited editions encompassing art and the environment, and continue with an online presence.  To keep up to date with what is happening, check out their website at www.lakejournal.ca.
Posted by Unknown at 13:47 No comments:

Let's Talk About the Weather... 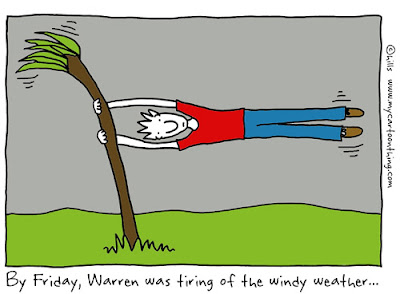 OK. So the fantastic climate in the Okanagan is Canada's worst kept secret, but that still doesn't mean it isn't worth mentioning. Stepping off a plane this week after two weeks in Saskatchewan -- where the temperature was still a chilly -4C  and the snow drifts were still 6 ft high -- it really hit me how great it is to live in Kelowna.  At the beginning of April the sun was shining, I didn't need a coat, and spring was most definitely in the air.

So... how does Kelowna stack up to the rest of Canada?

According to stats at The Weather Network, the lowest 'average low temperature' in Kelowna is -4.6C in January, compared to -21.6C in Saskatoon, -22.8C in Winnipeg, -12.6 in Charlottetown and a downright chilly -30.9C in Yellowknife.  Brrr.

Kelowna's average temperatures are above zero ten months of the year (Feb - Nov), compared to 7 months in Edmonton (Apr - Oct) and 8 months in Montreal (Apr - Nov). So far so good.

The city's highest 'average high temperature' is 29.2C in July. Compare that to 22C in Vancouver, 21.9C in Victoria and 26.4C in Toronto and you will soon see why Canadians flock to the Okanagan for their summer vacations.

In terms of precipitation, Kelowna gets an average 763mm rainfall a year, compared to 1474mm in Vancouver. I had to use Vancouver again for this statistic because my husband is convinced it does nothing but rain in Vancouver. I have tried to convince him otherwise, but am not helped by the fact that every time we watch something on TV that has been filmed in Vancouver, guess what? It's raining.

Lastly, Kelowna gets on average 100cm of snow per year as compared to 126cm in Calgary, 216 in Prince George and 202cm in Ottawa. Conversely, local ski resort Big White gets a whopping 750cm of snow per year - hurrah! Yes, Kelowna truly does have the best of both worlds.

This posting may be a little stats heavy, but it does prove my point.  The weather here does not suck.  It is actually downright decent. I love the fact that the locals constantly tell the summer tourists 'it's not like this every day, you know. Come the winter it's solid cloud - we never see the sun'. I have decided this is akin to the story we Canadians tell the Americans - 'No don't come to Canada, it's really dull up here.  Really, really dull'. It's the human psyche.  When things are good, you can't help but want to keep them to yourselves.

~
Image sourced from www.mycartoonthing.com
Posted by Unknown at 14:30 No comments:

... has been a fashion and lifestyle journalist in , for over 15 years.

Her career highlight is a toss up between interviewing Cate Blanchett backstage after the Nicole Farhi show in , or Karl Lagerfeld at the Chanel haute couture presentation in . Meeting Debbie Harry was pretty cool too.

DL-M has recently relocated to , with her husband, whoodle and cat, where she is fashion and advertising consultant for Icon magazine. She LOVES the Okanagan, and thinks you should too.